A downloadable game for Windows

Familiar needs HP to survive. Collect crystals while avoiding/destroying enemies. Use abilities to restore HP and to destroy enemies. Enemies are attracted by familiar's light.

CONTROLLER (Ex. XBOX) [Any controller should work):
Left Stick = Movement, Press Buttons to find what ability is in what button and what is for menu (depends on controller)

LIGHT TRAP= 30 seconds cooldown. Generates a light trap around around the familiar and any monster hit by it gets destroyed and turned into crystal fragments. Heals familiar HP for % amount.

LIGHT AURA = 60 seconds cooldown, lasts 10 seconds when used. Generates light around you in a form of a aura that doesn't let any monster through and any monster hit by it gets destroyed and turned into crystal fragments. Heals familiar HP over time while active.

LIGHT BURST = 120 seconds cooldown. Generates a burst of light all around you that destroys any monster it contacts with and turns them into crystal fragments.

FAMILIAR: HP UP = Increases familiar HP Max by 25 each upgrade.

FLOATING FIRES = They are many and explode on touch. They also have different abilities that they get from running into a crystal. Depending on the color they get:

Blue Crystal (Speedster) = Starts to move faster than the other ones.

Green Crystal (Sniper) = Starts shooting at player from close up and far away every few seconds, destroying everything on the path. If it hits the familiar, it reduces HP.

Red Crystal (Starmine) = When player is in range of the red floating fire, it starts a countdown for an explosion and it destroys everything it touches and if it hits the familiar, HP is reduced.

Cyan Crystal (Salvation) = If familiar runs into it, familiar gains HP. Floating Fire tries to run away from the familiar.

Purple Crystal (Swamp) = Floating Fire turns into a Swamp that slows familiar down and takes away HP when you move in it. It only prevents other floating fires to go through and dies out after 10 seconds.

GHOSTS = Few in numbers and they attack if you get too close. They also destroy floating fires and crystals on touch. Deals 50 HP damage.

DEMONS = Few in numbers and they attack if you get too close. They also destroy floating fires and crystals on touch. Deals 100 HP damage.

Collected crystals and destroyed enemies + time advances dungeons, your goal is to reach dungeon floor 10 and complete it. If your familiar dies then some of the progress is lost.

When achievement is complete, you are rewarded alchemy points (AP).

OFFICIAL ALCHEMIST = Complete 100% of the story.

Then one day you get an order from the King to get a special crystal from dangerous caves filled with monsters since He had heard that you are able to create a familiar of your own using alchemy, that you can control.

Order: You must use your familiar to collect the special crystal, it is known to be found at the deepest floor of the dungeon. Tip: Use crystals you get along the way in your own research to complete the order easier.

You are able to reset your save data manually in case of major updates that needs it. 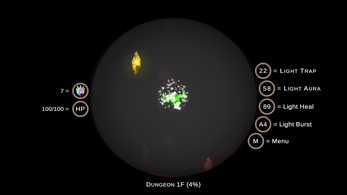 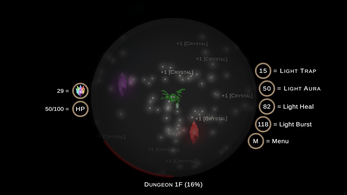 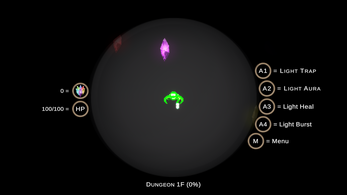 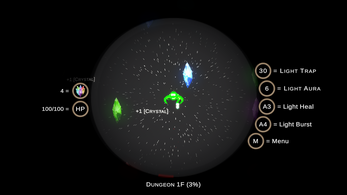 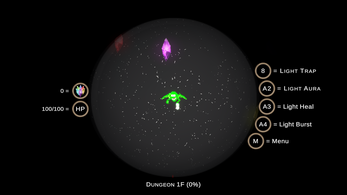 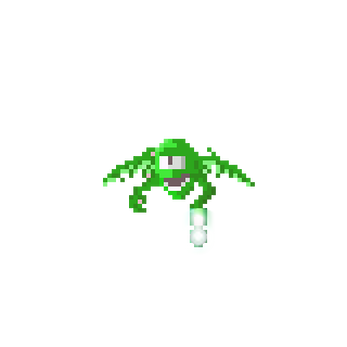 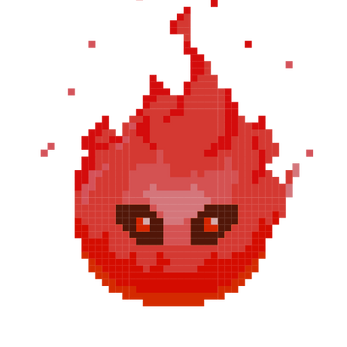 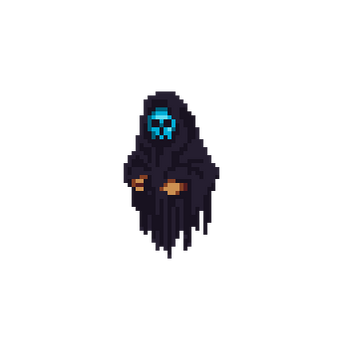 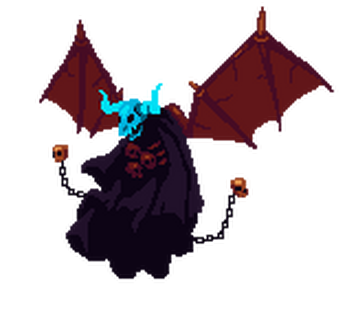 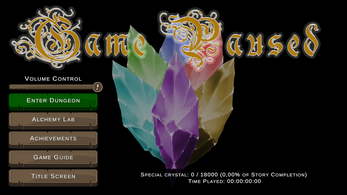 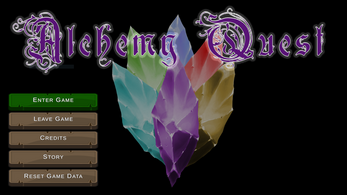 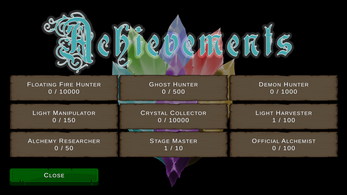 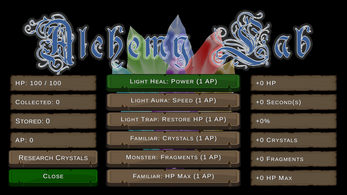 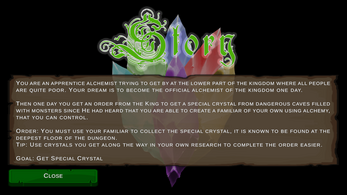 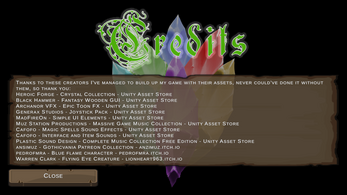 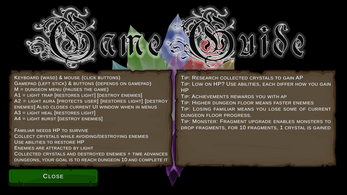 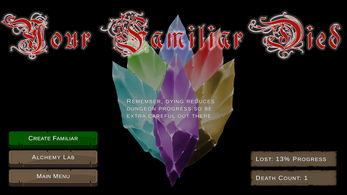